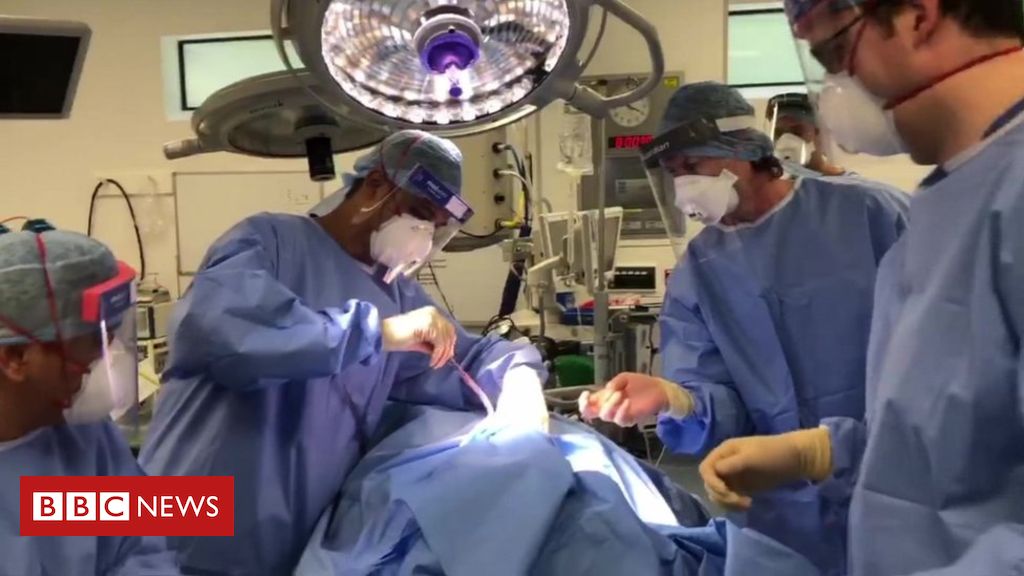 The NHS must ensure cancer-surgery delays do not cost more lives than the number of Covid-19 patients saved, the Institute of Cancer Research says.

In some cancers, a three-month delay could make the difference between a tumour being curable or not, Prof Clare Turnbull said.

But by the end of April, cancer referrals had dropped by an estimated 70%.

Cancer doctors have told BBC News of having to make difficult decisions to postpone some patients’ care during the coronavirus crisis.

Lung and colorectal cancers, for example, were particularly fast moving.

But for others, such as prostate and certain breast cancers, treatment could more safely be delayed.

For every 10 Covid-19 patients whose lives were saved in hospital, four cancer patients could die, according to the ICR study, if all tumour-removal surgeries are delayed by six months.

Every year, there are 95,000 operations to remove common cancers in adults in England.

And more than 80,000 of these patients go on to survive for at least five years.

But a three-month delay would lead to almost 5,000 excess deaths.

Trusts have been told all essential cancer treatments must continue despite the NHS focus on coronavirus.

An NHS England official said: “Vital tests and treatments are going ahead in a safe way for thousands of patients, including by introducing Covid-protected cancer hubs.

“The NHS has now set out guidance so that hospitals can further increase the number of cancer tests and treatments they carry out, as well as having the extra capacity to treat future coronavirus patients.

“So our message to anyone worried about symptoms is, ‘Help us help you, and seek help as you always would.'”

But cancer charity Macmillan said some planned treatment may have to be delayed or moved to a different hospital.

And some patients could be given chemotherapy or hormonal therapy instead of surgery for an interim period.

Prof Turnbull said the NHS was currently coping with a reduced number of cancer referrals.

But it may face a backlog in the coming months, as people who have stayed away from their GPs in the past weeks begin to present with symptoms.