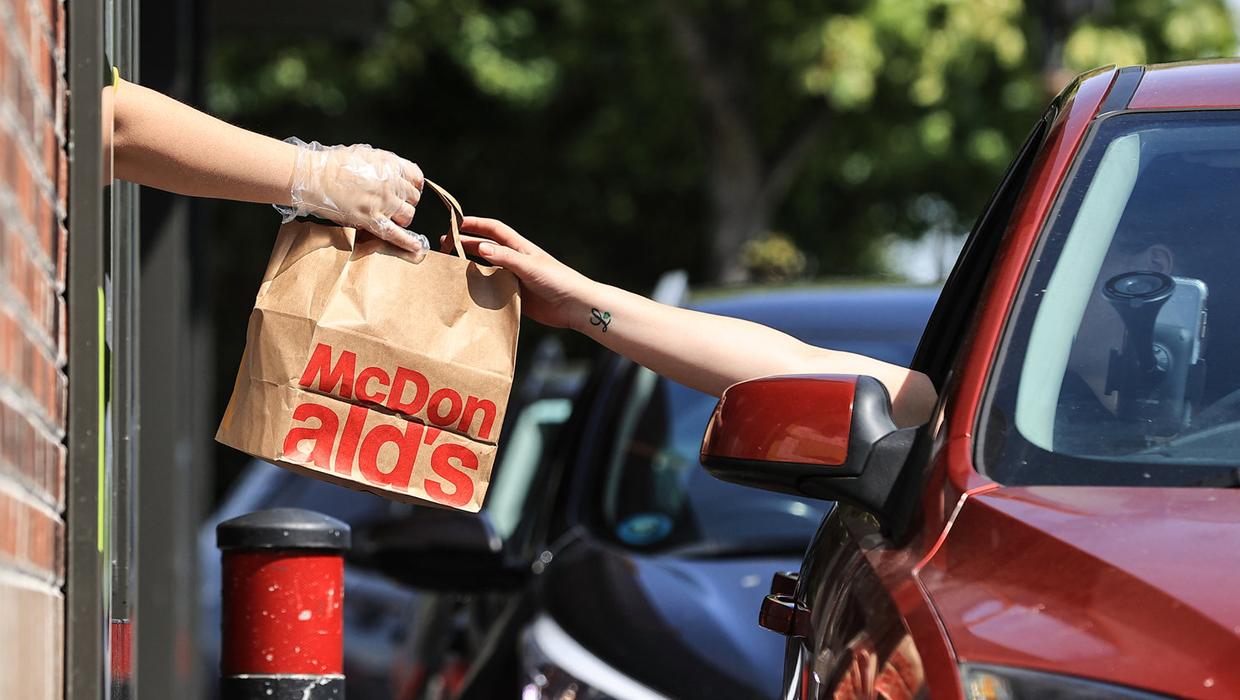 The Golden Arches. The Hamburglar. McNuggets. Happy Meals. It’s a restaurant so beloved it pretty much has its own instantly recognisable lexicon, and after nine weeks of a McDonald’s-free life, we can now return to its familiar fare.

ell, sort of. Dubliners can enjoy McDonald’s via one of six drive-thru restaurants. Naturally, the fast-food chain was trending on Twitter for much of yesterday. Those lucky enough to be within a chip’s throw of one of the six outlets were proclaiming that it was “like Christmas”.

McDonald’s is having a moment, but most of us have been ‘lovin’ it’ for as long as we can remember. All those lovely childhood afternoons spent eating high-salt, high-carb, high-fat food while a giant plastic model of a clown presided over us. All those birthday parties spent chucking paper hats, thick milkshakes and Happy Meal toys at each other.

McDonald’s has had a strangely pervasive presence in our formative memories. But it’s not just nostalgia that’s been key to Macca’s longevity. Academic studies have shown that people tend to stick with the choices they’ve made habitually, which is why we’ve found ourselves under the spell of McDonald’s for longer than we care to admit.

The relationship between adults and fast food is complex. Specifically, the relationship between women and fast food takes on a completely different texture. On one level, we are aware that foods of a high calorific content, or with high fat, salt or sugar content, are not necessarily all that healthy for us. Yet on another, giving ourselves a ‘treat’ feels like a strange version of self-care. If you’re a woman, you’re being told time and time again that junk food is the enemy; an obstacle that stands in the way of the unspoken social contract of thinness and taking up less space.

For years, the drill was always the same whenever I indulged in junk food. I’d feel slightly jumpy from the rush of food – a nostalgic itch had somehow been scratched. But then, there was a slight aftertaste of gobbler’s remorse, and the feeling of satiety, real or imagined, never stuck around for long.

But what’s interesting is that I rarely experience that ‘shame’ chaser these days. Once upon a time, I’d often feel the hard, unsettling rub of regret after I’d snaffled fast food. But, oddly, no more. What’s that about? Is it a benefit of getting older and caring less? Eating plenty of the ‘good’, nutrient-dense stuff helps to counter those guilty pangs, but there’s more than enough room in my life for treats, and plenty of them.

It is because I’ve finally let go of caring about weight or dress size? That I’ve accepted I’ll never be thin, skinny, curvy-thin or whatever Western bodily ideal is being shilled to us these days? There’s something oddly liberating about letting go of that mindset; a bit like accepting that you’ll never be one of the popular girls in school.

Incidentally, before you jump at me with a glut of science, there’s a difference between being mindful of one’s health and wanting to look a certain way. It rarely feels like it, but it’s true.

God knows when it comes to getting thin, I’ve tried down the years.

Eating mindfully is no bad thing, and if diets work for you and within your life, go for it. But I was invariably miserable, exhausted and dispirited. It was, in the words of Margaret Cho, like trying to hold a basketball underwater for a length of time. And to what end? Looking a little bit thinner, or more attractive? Fitting into a dress that’s two sizes smaller? It’s not where my head is at now, and I shouldn’t be made to feel bad for that.

Read More:  Is It Bad to Drink Water That’s Been Sitting Overnight—Or Longer?

‘Loving your body’ is a loaded term. It is stuffed with caveats, many of them along the ‘certain type of body’ flavour. Wanting to change yours should be a private, individual decision. Maybe in time, it’ll be perfectly fine to be entirely neutral about any body that is different from the ones we so often see flaunted on Instagram. And, with any luck, to enjoy a Big Mac Meal with complete impunity. Because really, what a joy that is.