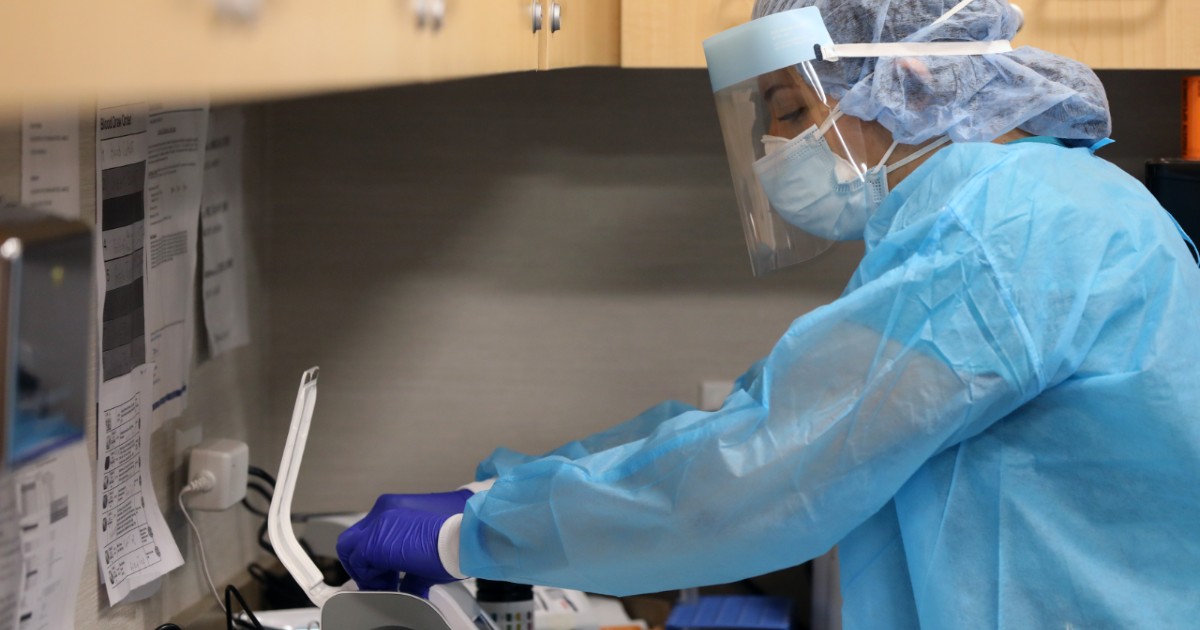 The Centers for Medicare and Medicaid Services appears to be planning on cracking down on hospitals that do not report COVID-19 data daily into the U.S. Department of Health and Human Services’ HHS Protect TeleTracking system, reported NPR this week.

A draft letter from the agency would require hospitals to report data, including the number of COVID-19 patients, “for all seven days, including weekends.” Failure to do so after multiple warnings “will result in a termination of the Medicare provider agreement,” according to NPR.

“Removing CMS certification for Medicare would create financial peril for any hospital. Worse, it could in many communities eliminate access to care,” said Dave Dillon, spokesperson for the Missouri Hospital Association, to Healthcare IT News.

“The goal posts keep moving as we advance through the crisis,” said Dillon.

The Trump administration’s migration of COVID-19 data from the U.S. Centers for Disease Control and Prevention to HHS has been marked by confusion and “chaos,” with hospitals only given a few days to comply with requirements when they were first announced back in July.

Dillon noted that on September 10, HHS certified that Missouri’s hospitals were meeting the data-reporting thresholds.

“Two weeks later, we’re being told that only approximately 10 percent are reporting the necessary data,” he said.

In a letter to CMS Administrator Seema Verma, Missouri Hospital Association President and CEO Herb Kuhn said the guidelines for data submission “have never been clearly communicated with hospitals.”

Kuhn said that closed hospitals in Missouri are again being listed as active non reporting facilities – an error that Dillon raised with Healthcare IT News earlier this summer, and which was briefly corrected – and that “hospitals without current COVID cases are being required to enter data.”

“Complex and stringent data requirements coupled with the feedback of inaccurate data and the lack of clear guidance have set hospitals up to fail,” said Kuhn, urging CMS to suspend enforcement activities “until clear guidelines have been established and system failures have been identified and addressed.”

NPR’s reporting suggests that even more data points would be added to those already required, such as information about influenza patients.

Requests to CMS for comment were not returned by press time.

In July, hospital associations scrambled to respond to the new data reporting requirements, describing a frantic rush with little time for onboarding.

By August, many said they had successfully transitioned to the new system, often with the help of their state health departments. Some, however, said they were still working to smooth out the process.

“Unfortunately, not much has changed since we last spoke about this issue,” said Cara Welch, director of communications at the Colorado Hospital Association, at the time.

“Colorado hospitals and health systems are still entering data in two platforms – a state program (EMResource) and the federal program (TeleTracking). Unfortunately, the definitions and fields in those two platforms are not the same, so it has been difficult to try to align and simplify that data entry process.”

Industry groups have also raised concerns about the changes, saying they represented a sidelining of public health in favor of politics.

The prospect of losing Medicare funding looms especially large at a time when many hospital systems have suffered staggering revenue losses as a result of the COVID-19 crisis.

“Invoking the nuclear option isn’t necessary,” said Dillon. “What is needed is a stable platform, a consistent set of rules, and a reasonable timetable to produce the data.”