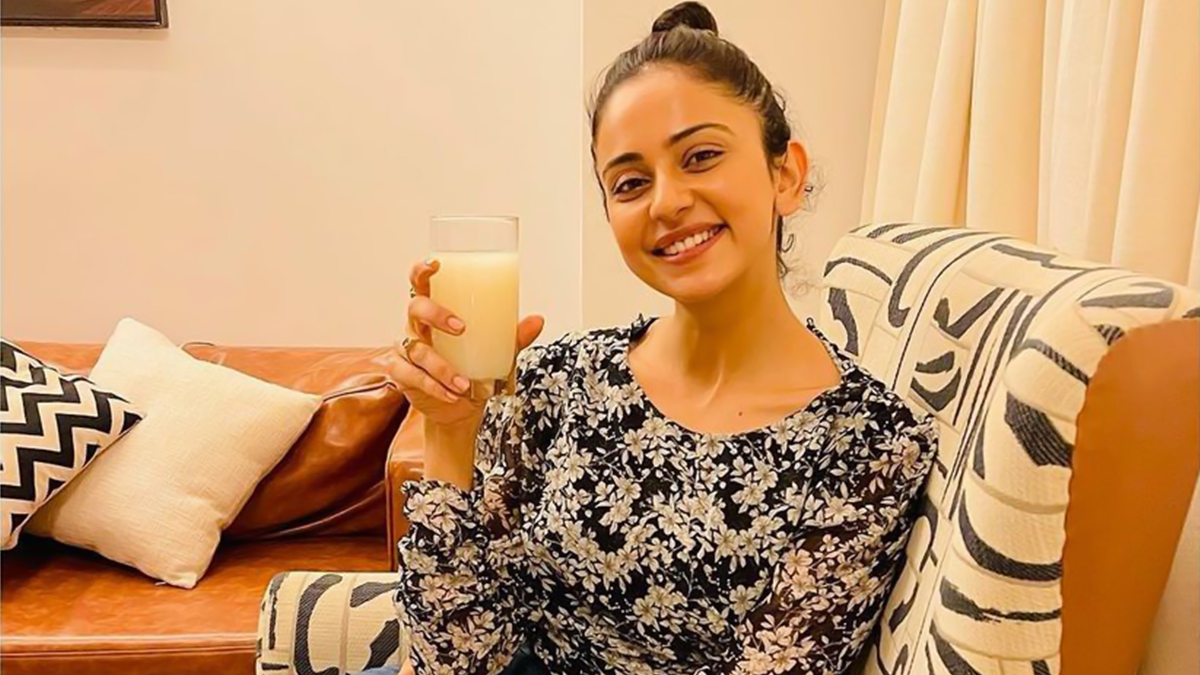 Actress Rakul Preet Singh on Monday shared her recipe to beat the summer heat. Rakul reveals that she resorts to barley water, which not only helps her stay cool during the scorching months but has its numerous health benefits, too. She shared the health tip on Instagram along with a post where she poses with a glass of barley water. Dil Hai Deewana Music Video: Arjun Kapoor and Rakul Preet Singh’s Chemistry Rocks in Darshan Raval, Zara Khan’s Lively Number.

“Thinking how to beat the summer heat? Let barley water come to your rescue. A cool drink suggested by my super cool nutritionist @munmun.ganeriwal, it will rid you of all summer woes; be it bloating, acne or any digestive issue. Ise kehte hai: chota naam, bada kaam,” Rakul wrote. Doctor G: Rakul Preet Singh Paired Opposite Ayushmann Khurrana In Anubhuti Kashyap’s Film!

The actress appears alongside Arjun Kapoor in the latest music video Dil hai deewana, which released on Saturday. Composed by Tanishk Bagchi with vocals by Darshan Raval and actress-turned-singer Zara Khan, the song is pitched as a party track. Arjun and Rakul are also set to appear in Kaashvi Nair’s OTT film Sardar Ka Grandson.

(The above story first appeared on LatestLY on Apr 19, 2021 05:24 PM IST. For more news and updates on politics, world, sports, entertainment and lifestyle, log on to our website latestly.com).